Trade groups have reacted angrily to Labour’s proposal to introduce rent controls if the party enters government. The announcement, made by Labour leader Jeremy Corbyn at the party’s conference yesterday afternoon, was quickly criticised by the Association of Residential Letting Agents.

“The Labour Party clearly hasn’t learnt the lessons of history. The last time rent controls existed the private rented sector went from housing 90 per cent of the population to just seven per cent. Whenever and wherever rent controls are introduced, the quantity of available housing reduces significantly, and the conditions in privately rented properties deteriorate dramatically” says ARLA Propertymark chief executive David Cox.

“Landlords, agents, and successive governments over the last 30 years have worked hard to improve the conditions of rented properties and this is like taking two steps backwards. Rent control is not the answer – to bring rent costs down we need a concerted house building effort to increase stock in line with ever-growing demand” he says.

Meanwhile the announcement was described as “a disaster for tenants” by the Residential Landlords’ Association policy director David Smith.

“History has proved that they stifle investment and reduce supply; making it much more difficult for tenants to find somewhere decent to live. Contrary to suggestions, most landlords have one or two properties, which are an investment in their pension and, rather than being wealthy landowners, they are mainly basic rate taxpayers. The private rented sector is a key part of providing more housing and has invested in providing homes for the population, putting more homes into use than other landlord types” says Smith.

“Rents are high due to the continued failures by successive governments of all stripes to build enough new homes in the right places. Instead of attacking landlords who are helping to provide homes, it would be better to treat them as part of the solution and to supplement their efforts with a sustained and well thought out building programme overseen by government” he adds.

The RLA says rent controls do not work and only serve to reduce the supply and quality of homes to let as landlords are forced out of the market and have less capital to reinvest in improving homes.

Corbyn yesterday made rent controls the keynote housing element of his 75-minute speech.

“We will control rents – when the younger generation’s housing costs are three times more than those of their grandparents, that is not sustainable.Rent controls exist in many cities across the world and I want our cities to have those powers too and tenants to have those protections” he told delegates.

At Osprey Property we strongly agree with the comments of ARLA Chief Executive. Rent controls have been proven here and in other countries to not work as a tool. If rents are too high, it is simply a case of supply and demand. Do not fiddle around with the market but produce more supply and demand will then be met with the effect that rents will settle. For as long as supply is restricted and home buying is difficult, then rental demand will remain strong and rents will be rising.

Rental levels throughout our local markets of Leicestershire, Rutland, Northamptonshire and East Yorkshire are all rising. For investors this is good news as it leads to increased income. Rent controls would be disastrous for the market.

Some thoughts on the 2017 Autumn Budget:

We find ourselves writing in September a residential property forecast for the East Midlands. Talk...

Hull: The Benefits Roll On!

It was around this time last year, (November 8th to be exact) we last published a blog about Hull...

As we indulge in our annual ritual of forecasting the next 12 months, we are reminded that... 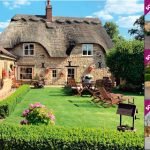 Don’t miss the optimum time to sell your property…

Following on from the decisions made...

Sell your house with confidence in 2020

In the short time since Kettering... 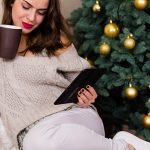 When is the best time for you home to go on the market?

It’s one of those rare times... 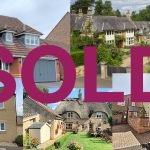 Following on from the decisions made... 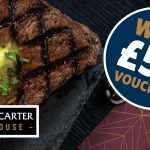 New Kettering branch Manager sets out ambitions for the future

Ever since the launch of the...