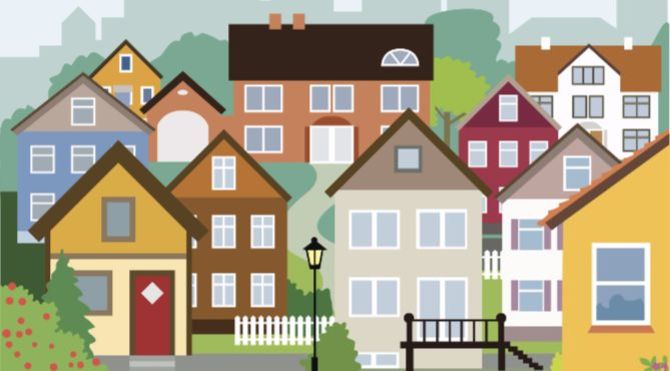 The number of properties bought by landlords has almost halved in a year after a tax and regulatory clampdown, prompting a leading banking body to downgrade its forecasts for buy-to-let lending in 2017 and 2018.

The Council of Mortgage Lenders said buy-to-let had had a weak start to 2017, with lending falling faster than expected as landlords withdrew from the market in response to major tax changes and tighter lending rules.

The data follows a series of recent surveys and indices conducted by CLM suggesting the housing market is running out of steam. However, the crackdown on buy-to-let may actually have helped young people trying to get a foot on the property ladder. CML said house purchase activity was being driven predominantly by first-time buyers, with their numbers up 8% in the 12 months to April.

Buy-to-let homebuying activity was “nearly half what it was a year ago” and had averaged around 6,000 purchases a month over the last 12 months, said the body, which represents banks and building societies. The number of landlord purchases involving a mortgage was 5,300 in April this year. This compared with 10,300 in February 2016 and 11,800 in July 2015.

The organisation warned against hitting landlords with any further changes to taxation and lending rules, saying the figures “re-emphasise the case for avoiding further changes to the tax and regulatory framework until the effect of these already in train have been properly assessed”.

Some landlords have claimed that major tax changes being phased in gradually between April 2017 and April 2020 meant letting no longer made financial sense and some would end up making a net loss. At the moment, landlords can deduct mortgage interest and other finance-related costs from their rental income before calculating their tax liability. But this interest relief is being slashed from 100% to zero. Instead, the income tax on someone’s property profits and any other income sources will be added up, and they will then be granted a “tax credit” worth 20% of the mortgage interest cost to offset against income tax.

At Osprey we want to hear from any landlords who is being seriously affected by these changes, have you had to change the way you invest in property? Has it made you look for different investment area?

Our investment team in Hull have indicated a huge opportunity for Buy-to-let Landlords to get ‘more bang for your buck,’ as property prices are considerably low, whilst rental income maintains quite strong- a fantastic opportunity to continue maximising your return on investment despite the new challenges imposed on you by the government.

If you would like to discuss your options and how our investment team can help, then please just email us at: enquiries@osprey-property.co.uk

An accurate valuation is the KEY to success.

UK Houseprices – Growth significantly slowed so what does that mean for you?